Unfortunately, Internet Explorer is an outdated browser and we do not currently support its use with our website. To have the best browsing experience, please upgrade to Microsoft Edge, Google Chrome, Firefox or Safari.

Vietnam is an all-year destination. Figuring out the best time to visit depends on which part of the country you want to see. Because of its long and narrow shape, you may experience different types of seasons and weather events throughout the year.

To help you plan the best time to visit Vietnam, we have listed down the weather conditions in each of the three distinct regions: Northern, Central, and Southern Vietnam.

We have also included some main events in Vietnam that are good to note as they may affect your travel plans. This guide will help you decide when to visit Vietnam depending on what you want to see and do. 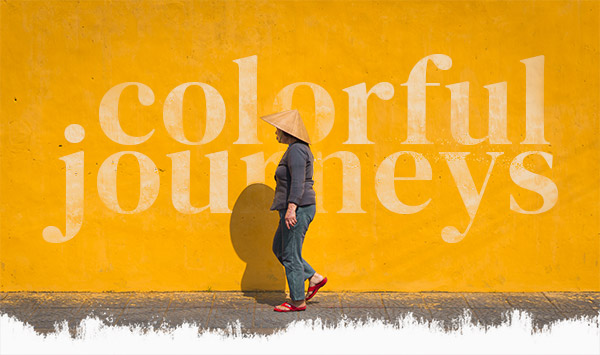 We are an informative and unfiltered blog focused on providing helpful tips, inspiring stories and travel itineraries. Join us in this Colourful Journey of discovering the world.

Read more about us 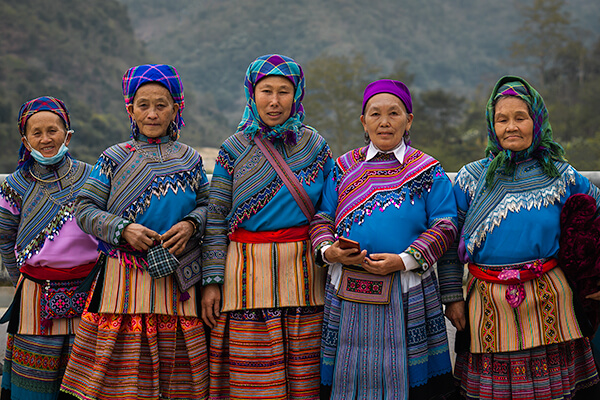 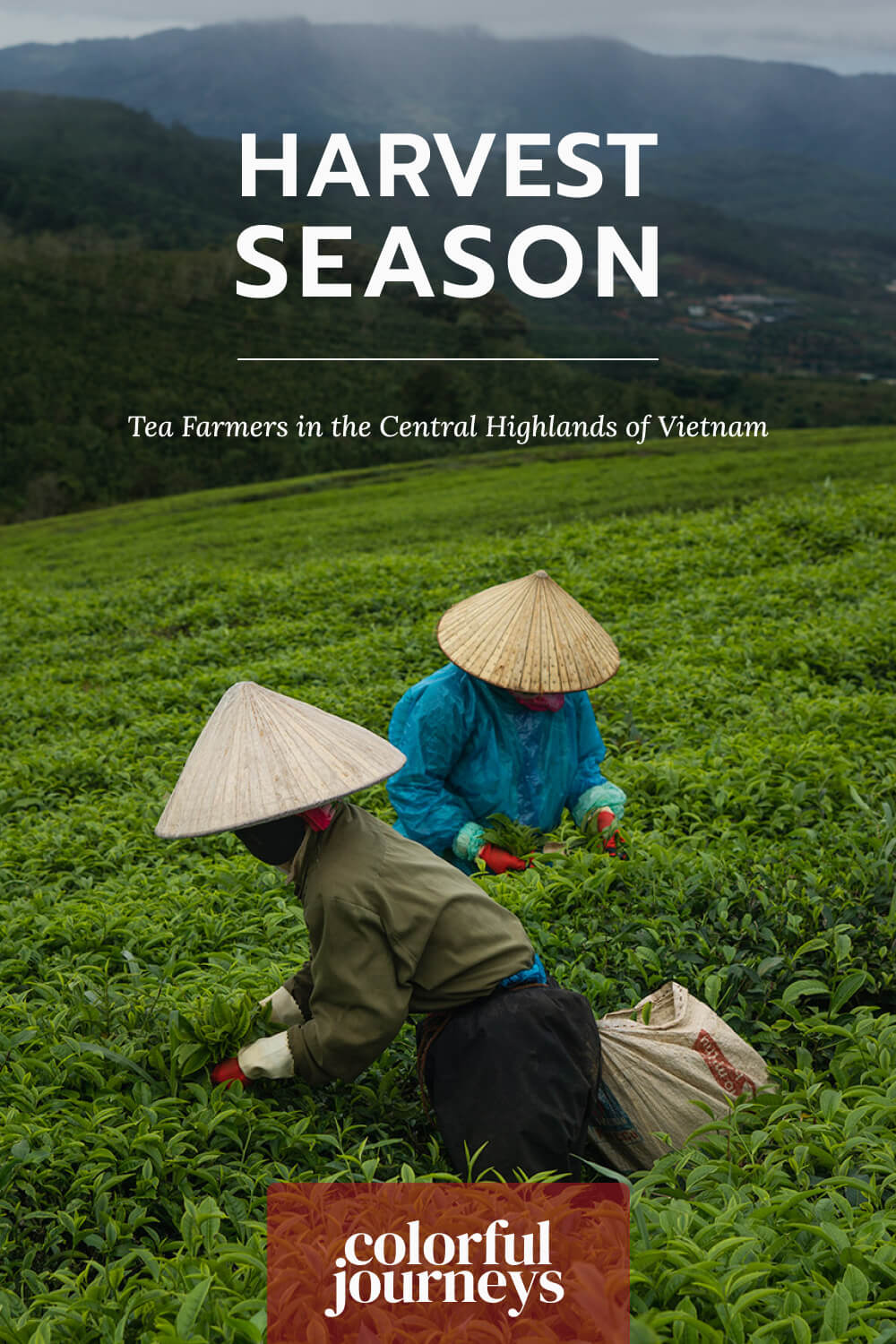 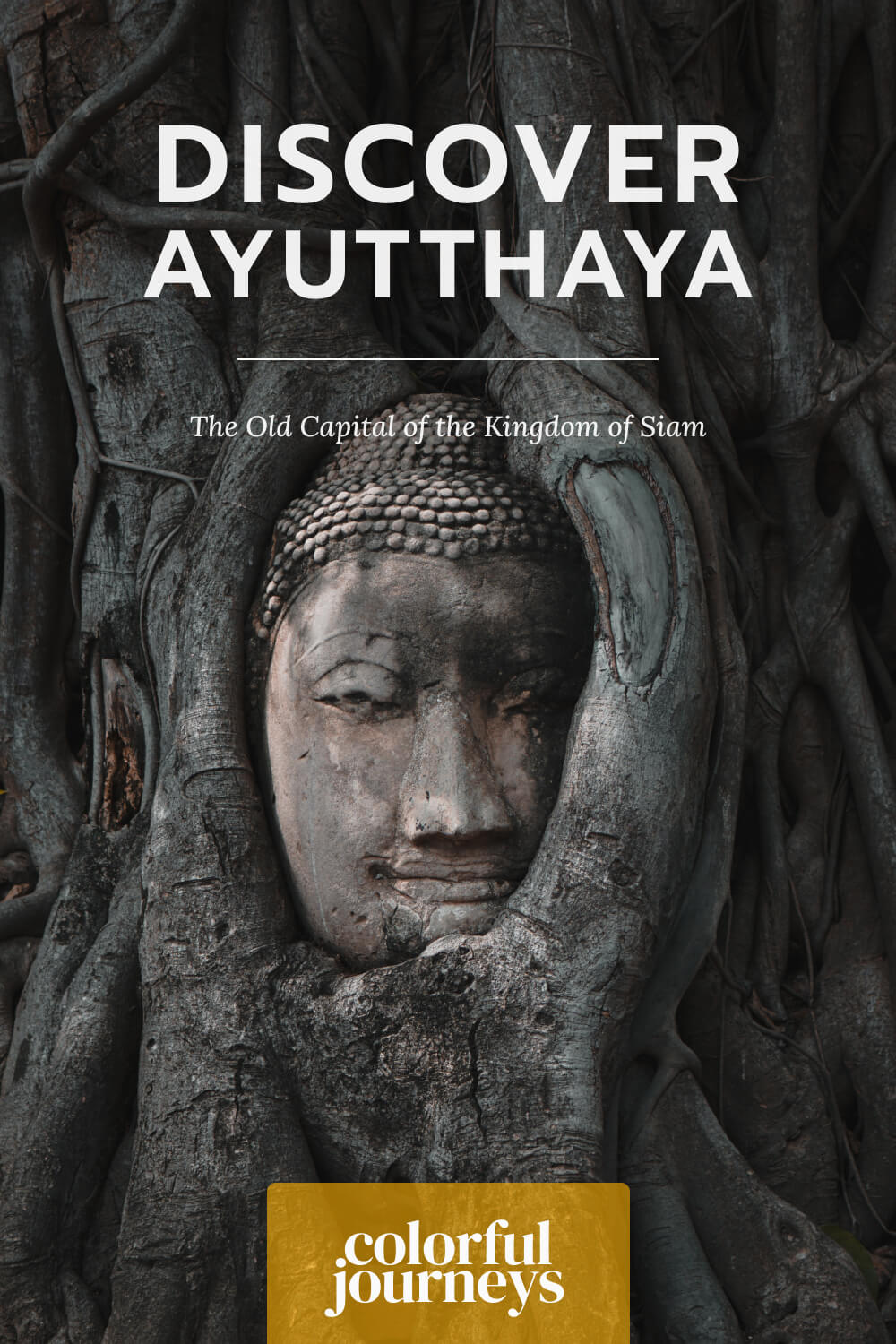 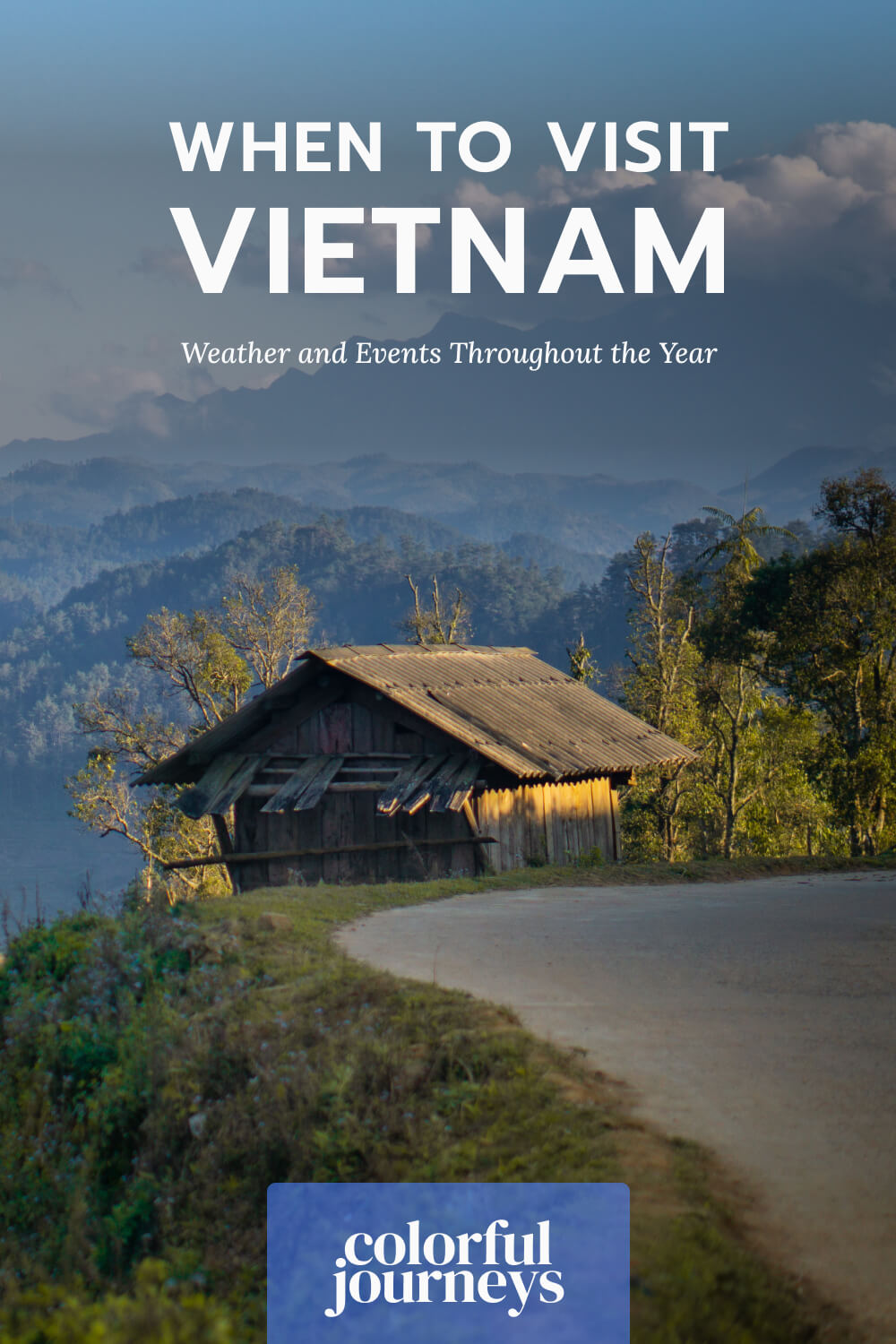 Northern Vietnam has four distinct seasons: Spring, Summer, Autumn, and Winter. The best time to visit the northern region is during Spring (February to April) and Autumn (September to November). During these months, the weather is pleasant so you can enjoy many outdoor activities. You will also be able to witness picturesque scenery and the vibrant colors of nature.

During Spring, you can enjoy warmer temperatures with lots of sunshine and clear blue skies. You can also expect some drizzling rains that are short and sporadic. As well, you can see flowers blooming in northern Vietnam during these months.

The summer season in the north runs from May to August. During these months, the weather is hot with high humidity that leads to significant rainfall. It is considered a low season because of the less favorable weather. So if you want to take advantage of lower prices and deals, as well as fewer crowds then visit during summer.

The weather drops lower and is perfect for outdoor activities, such as hiking in Sa Pa. Harvest season in the mountainous areas is also expected in September. So if you want to see the golden rice fields, head up north during this time.

December to February are the winter months and temperatures range from 17 to 22 degrees Celsius. You can also expect the temperature to drop as low as 10 degrees Celsius in some areas, especially at night and in the far north. If you enjoy chilling winds and clear skies on the mountain, then visit during these months.

Central Vietnam has a tropical wet climate and can be divided into three areas: North Central, South Central, and the Central Highlands. These areas have slightly different weather patterns and the dry and wet seasons don’t happen at the same time.

In general, the best time to visit the central region of Vietnam is between February to August when the temperature is pleasant with the least rain. While the highest rainfall often happens in September, October, and November. Avoid visiting during the flooding season which falls between October and November.

The north-central of Vietnam, including Hue, has hot and dry weather from mid-January to late August. These areas have a slightly cooler temperature than the south-central of Vietnam. While the rainfall increases in October and November, occasionally in the form of typhoons.

The rainy season runs from September to early December with the most rainfall falling between October and November. The coasts in the central regions often get typhoons during the wet season and occasionally get floods. The rainy season usually subsides around February and the weather gets warmer with more sunshine. Although cities like Nha Trang and Mũi Né have slightly longer dry seasons, usually until September, due to their closeness to the southern region of Vietnam.

Read: 10 Things to Do in Hoi An, Vietnam

In the central highlands, Đà Lạt has a consistently cool temperature and pleasant breeze. This mountainous area experiences most rainfall from June to October making it not suitable for outdoor activities. While it gets colder and drier around December to January with temperatures dropping as low as 14 degrees Celsius.

The southern region of Vietnam has consistent temperatures throughout the year, averaging from 25 to 35 degrees Celsius. There are only two seasons in this region. The dry season generally runs from December to May and the rainy season is between June and November.

The highest rainfall in this region usually occurs from June to August. While flooding can occur, rain usually comes in short bursts in the afternoon lasting a few hours. The hottest months of the year occur from March to May. During these months, the midday sun is unbearable and sometimes reaches 40 degrees Celsius.

In general, the best time to visit the southern region is during the dry season, especially during the months of December to March.

There are many events and festivals happening in Vietnam. However, these are the three big events that will most likely have an effect on your travel plans if you're visiting during the festivals.

Tết or the lunar new year celebration is the largest festival in Vietnam. It is celebrated countrywide spanning over 4 days. The dates vary from year to year depending on the lunar calendar but usually fall between January to February. During Tết, most Vietnamese living in the city head back to their hometowns to celebrate the holiday. Travel is difficult at this time as air and land transportation get fully booked and accommodation goes up in price. So we suggest booking in advance. Other than that, you will find most restaurants and stores closed during the holidays.

If you visit during the Tết holidays, you will find the big cities empty while the streets are filled with colorful lights and lanterns. It is an interesting time to visit to immerse yourself and discover the traditional Vietnamese culture.

This international fireworks festival is held annually in Da Nang city that usually occurs from June to July. This festival is participated by 7 international competitors from other countries. Apart from the pyrotechnic display, there are many activities held that attract a large number of travelers every year.

The Mid-autumn festival, also known as Tết Trung Thu, revolves around children. It takes place on the 15th day of the 9th lunar month. During this time, you will see groups of lion dancers on the street and you’ll be able to buy different varieties of mooncakes sold on every corner. You will also see colorful lanterns on streets all over Vietnam. The best place to celebrate the festival is at the Ancient Town in Hội An where you can see hundreds of colorful paper lanterns and plenty of street performances. 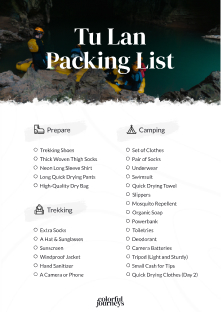 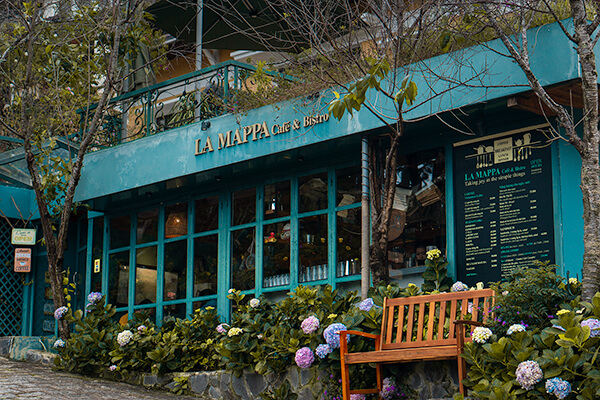 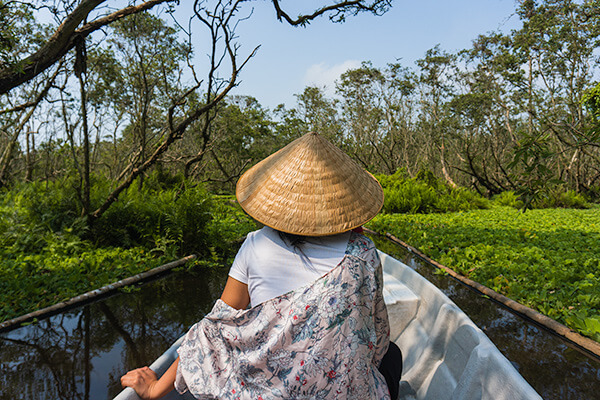 Subscribe to our newsletter and never miss our newest posts, destinations and stories!
Thank you! Your submission has been received!
Oops! Something went wrong while submitting the form. 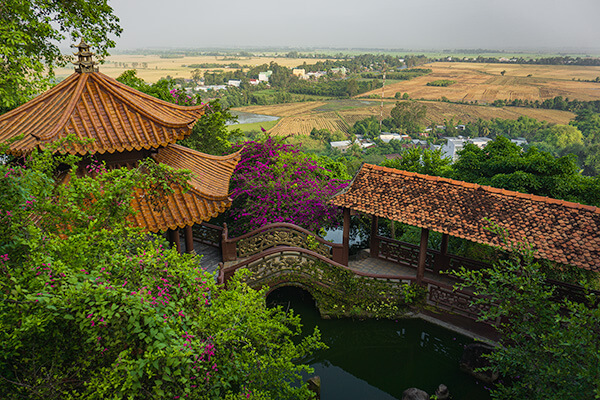 Located in the heart of the Mekong Delta, Sam Mountain is an excellent place to visit while in Chau Doc City. In this guide, you will find a list of must-see pagodas and where to find the most spectacular views of Vietnam's An Giang province. 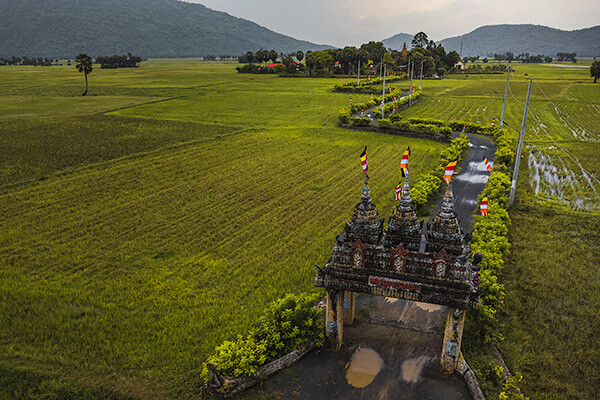 Must Visit Temples in An Giang, Vietnam

An Giang is home to some of Vietnam's most impressive temples. Here are the seven best Buddhist temples to visit in the province of An Giang. 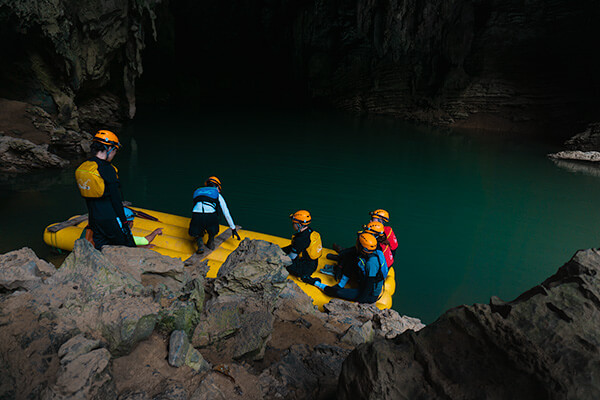 Experience one of the biggest cave systems in Vietnam in this 2 Day Tu Lan encounter with Oxalis.

Located in the heart of the Mekong Delta, Sam Mountain is an excellent place to visit while in Chau Doc City. In this guide, you will find a list of must-see pagodas and where to find the most spectacular views of Vietnam's An Giang province.

Must Visit Temples in An Giang, Vietnam

An Giang is home to some of Vietnam's most impressive temples. Here are the seven best Buddhist temples to visit in the province of An Giang. 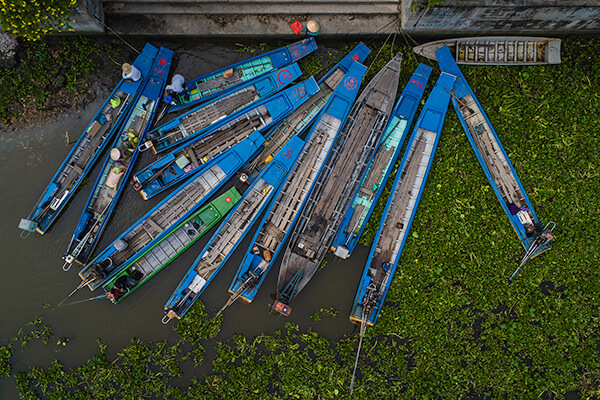 Top Things to Do in Long Xuyen, Vietnam

In this Long Xuyen travel guide, we have listed the best 10 things to do, from the more well-known floating market to the colorful mat village.We've also included the best times to visit, where to stay, and many insider tips you won't want to miss.